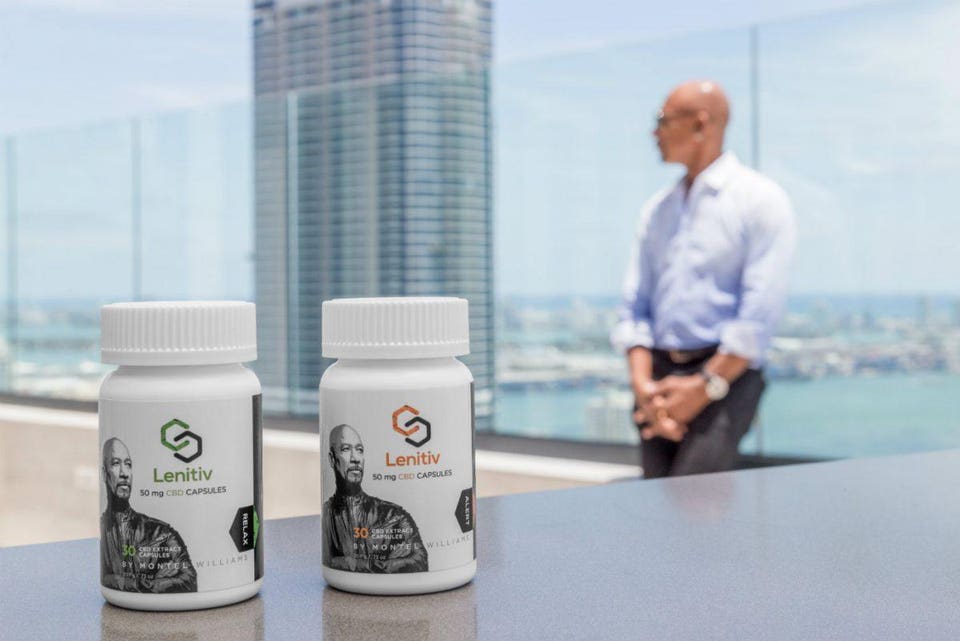 The ambitious Portland-based firm announced today that it has begun producing Lenitiv Labs’ hemp-derived CBD capsules, which can now be ordered and shipped around the country.

According to Williams, Lenitiv’s ‘Alert’ and ‘Relax’ CBD capsules are 100% free of THC, the chemical in marijuana that’s responsible for many or most of its psychoactive effects (unlike CBD). The blends are also reportedly formulated with hand-picked terpenes known to help with anxiety, depression, pain management, inflammation, and/or memory retention as appropriate.

Cura, which produces the Select brand of concentrated cannabis oils and cartridges, said in a release that it will also begin production of Lenitiv’s cannabis-derived line to deliver “a number of new products this summer in Oregon and California in compliance with relevant state laws.”

David Racz, CEO of Lenitiv Scientific, said in a statement, “When I partnered with Montel to help him make his patient-focused vision a reality, we realized we would need like-minded partnerships that understood and shared the values that underpin it. Cura not only shares that vision but expresses it in their culture.”

Williams, a former TV-host and frequent advocate for veteran and patient access to medical marijuana, explained by phone last year that he spent years working to develop medicinal-quality CBD to treat his own multiple sclerosis (MS), which research has shown responds well to the cannabinoid chemical.

After he was diagnosed in 1999, he soon exhausted every traditional treatment option for pain, stiffness, and other symptoms, Williams said. Then his M.D. mentioned marijuana.

“A credible doctor told me not to stick a needle in myself every day, not to take four pills a day, but to try cannabis,” he commented last spring. “It took about two and a half months to switch over, and I’ve had cannabis in my system every day since–except for about 40 when I was traveling in a country that strictly prohibits cannabis.”

“When we first began talking to Montel and his team at Lenitiv, we were drawn to their people-focused vision,” said Cameron Forni, Cura’s President and co-Founder, in a statement. “It’s also an opportunity for us to support and participate in Montel’s advocacy for common sense cannabis reform, and we’re thrilled to welcome Montel and the team at Lenitiv to our family.”

Interestingly enough, since Lenitiv Labs was launched last year, another direct-to-consumer CBD oil operation appeared that claimed or insinuated to be selling Williams’ CBD products — an erroneous pretense that was promoted using images and phrases taken from Williams and myself without our permission.

After months of digging, attorneys for Williams tracked down some of the parties involved in selling what may or may not have been CBD oil, and litigation continues at present.

But starting today, his actual products are available to order online for real. You can quote me on that.