California Insurance Commissioner Dave Jones announced on Wednesday he has approved a new product liability and product recall program for the cannabis industry in California.

The program offers coverage to businesses with the following license types: Cultivator, Manufacturer, Distributor, Retail and Medical. Laboratory testing licenses are not eligible for this program.

The core component of this insurance program is the applicant’s ability to conduct licensed activities in compliance with California laws and regulations and to produce and sell consistently safe products. The commercial cannabis business is an evolving industry and Continental Heritage will monitor changes, collect data and make appropriate changes as necessary.

An experimental drug derived from cannabis to treat epilepsy is on the brink of becoming the first of its kind to win US government approval.

The drug is called Epidiolex, and its active ingredient is cannabidiol, or CBD, the compound in marijuana thought to be responsible for many of its therapeutic effects but not linked with a high. No FDA-approved medications currently include a marijuana compound derived from the plant; only one drug that includes lab-produced THC is on the market.

According to new research, CBD appears to help reduce seizures in two of the hardest-to-treat forms of epilepsy, known as Lennox-Gastaut syndrome and Dravet syndrome.

Positive findings published on Wednesday in the New England Journal of Medicine suggest that two different doses of Epidiolex significantly curbed the number of dangerous seizures in patients with Lennox-Gastaut.

The research comes on the heels of a recent unanimous vote for Epidiolex’s safety and efficacy by a panel of outside scientists convened by the US Food and Drug Administration. It also follows two other large clinical trials with similarly promising results. 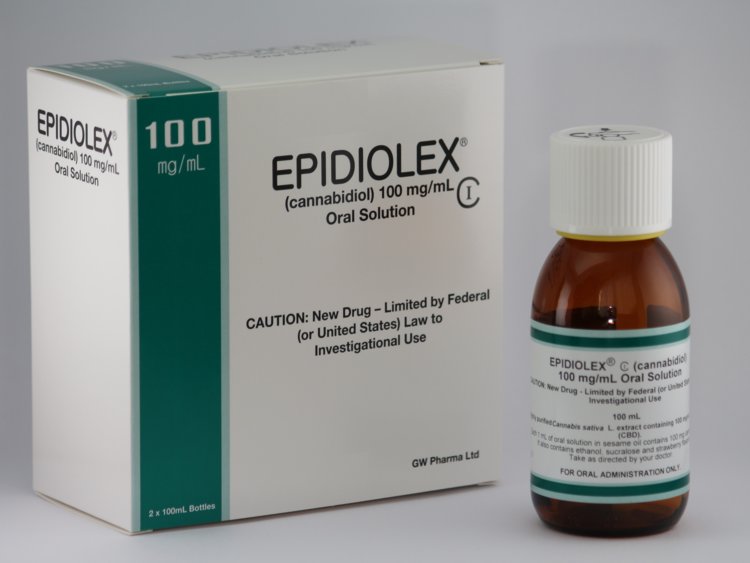 Cannabidiol doesn’t contain THC, the main psychoactive ingredient in marijuana, so it doesn’t get users high. In the plant, both compounds exist together, but researchers can isolate them — which is how British drugmaker GW Pharmaceuticals produces Epidiolex.

For the latest study of the drug, a team of researchers looked at 225 patients with Lennox-Gastaut. Participants’ ages ranged between two and 55 years old, and they were spread across 30 international locations.

The researchers found strong evidence that an even lower dose of Epidiolex than the one previously studied was effective for curbing seizures.

The study participants were split into three groups to see how well two different daily doses worked in comparison to a placebo pill. The group that received the lowest dose (10 milligrams per kilogram) saw a type of severe seizure known as “drop seizures” cut down by more than a third. Among those given a placebo, the rate was only reduced by 17%. Those in the higher-dose group saw their drop seizures decline by nearly 42%.

Orrin Devinsky, one of the study’s lead authors and a neurologist at New York University Langone Health, told Business Insider that low dose might be “the sweet spot” where most patients can achieve a relief from symptoms while any unwanted side effects, such as drowsiness.

As in previous studies, the majority of patients in the trial experienced some side effects. Those ranged from mild issues like drowsiness and decreased appetite to more severe problems like upper respiratory infection and vomiting.

But the recent study results are evidence that a lower dose of the drug could still provide significant benefits while producing fewer symptoms.

“The major finding from this is that the 10-milligram-per-kilogram dose is going to be a more ideal dose for most. With the 20 milligram, there will probably be a little bit more of a benefit but the side effects are greater,” Devinsky said.

In the two other clinical trials of the drug, one of which Devinsky also co-authored, researchers looked at Epidiolex’s effects in another 225 young people with Lennox-Gastaut syndrome and in 120 children with Dravet syndrome. Like the latest study, the researchers split the participants into three groups and gave them either a high dose of the drug, a low dose, or a placebo. In general, those in the high-dose group saw their seizure occurrence drop by around 40% and those in the low-dose group saw a slightly smaller drop. By comparison, those given the placebo saw only a small reduction in seizure occurrence.

Devinsky believes those consistent findings should be enough to get Epidiolex a green light from the FDA. In 2016, the agency awarded the drug with its “Fast Track” designation — a priority label designed to speed treatments that address a critical need through the traditionally protracted drug-approval process.

“There’s a boatload of evidence to show for this drug at this point,” Devinsky said. “I’d personally be very surprised if this drug was not approved.” 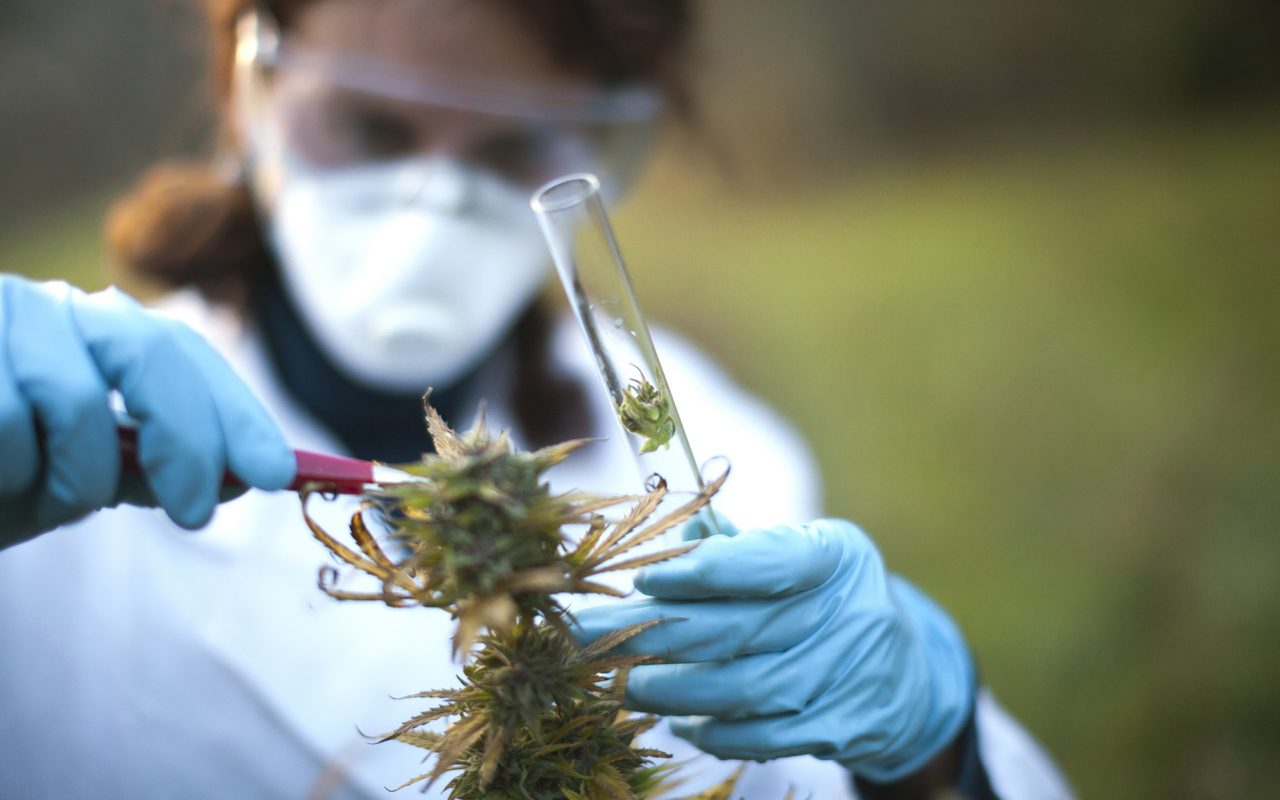 By now you’re probably familiar with cannabinoids, especially the most common ones, THC and CBD. But you likely haven’t heard of cannabichromene, also known as CBC. Discovered over 50 years ago, CBC is considered one of the “big six” cannabinoids prominent in medical research. It doesn’t get as much attention, but CBC’s benefits are extremely promising.

CBC has the same origins as both THC and CBD do in that they all stem from cannabigerolic acid (CBGA). Cannabis plants produce CBGA, the precursor to three major cannabinoids: tetrahydrocannabinolic acid (THCA), cannabidiolic acid (CBDA), and cannabichromenic acid (CBCA).

The specific plant enzymes cascade and “direct” the breakdown product into one of the three lines. For CBC, it converts from CBGA into cannabichrome carboxylic acid (CBCA), and then finally to CBC after exposure to heat or ultraviolet light.

CBC Works With Other Cannabinoids

CBC is non-intoxicating, so it doesn’t produce a euphoric high like THC. The reason it is non-intoxicating is because it binds poorly to CB1 cannabinoid receptors in the brain. But CBC does bind with other receptors in the body, such as the vanilloid receptor 1 (TRPV1) and transient receptor potential ankyrin 1 (TRPA1), both of which are linked to pain perception. When CBC activates these receptors, increased levels of the body’s natural endocannabinoids like anandamide are released.

The purported benefits of CBC have far-reaching implications. Below are a few medical conditions that may be alleviated by cannabichromene.

Cannabichromene may be a powerful cancer fighter, and the reason might be its interaction with the body’s natural endocannabinoid, anandamide. CBC also appears to inhibit the uptake of anandamide, allowing it to remain longer in the bloodstream.

A recent study in which tumor growth was initiated in mice (two-stage mouse skin carcinogenesis model) showed cannabinoids might be effective in inhibiting both inflammation and tumor growth. Since anandamide has been shown to fight breast cancer in vitro and in vivo, this shows promise that CBC and other cannabinoids might one day be a chemopreventive agent.

CBC as a potential cancer fighter was first published in a 2006 study that looked at cannabinoids other than THC and their possible effects on cancer. While THC is known for its anti-tumor properties for several different forms of cancer, its powerful psychotropic qualities can make it difficult for chemotherapy use. So far, research has found CBC to be the second-most-potent cannabinoid at inhibiting the growth of new cancer cells (CBG was the most potent).

Cannabichromene has been shown to block pain and inflammation associated with collagen-induced osteoarthritis. Cannabinoids like CBC act on inflammation differently than non-steroidal anti-inflammatory drugs (NSAIDs) do, and don’t have the side effects of these medications. In another example of the entourage effect, CBC in combination with THC had significant anti-inflammatory response in a recent animal study; together, the two cannabinoids produced a much greater effect on inflammation than by themselves.

In a 2013 mouse study, CBC had a positive effect on neural stem progenitor cells (NSPCs), a cell essential to healthy brain function. NSPCs became more viable when in the presence of CBC, and that shows promise because NSPCs differentiate into astroglial cells, the most important cells for maintaining brain homeostasis. The astroglial cells perform a whole host of functions, including neurotransmitter direction and defending against oxidative stress. Astroglia counteract many of these issues—oxidative stress, inflammation, toxicity—that create neurological diseases and brain pathologies like Alzheimer’s disease.

A research team that had previously shown CBD’s effect on acne studied other cannabinoids, including CBC, for the same effects. Indeed, CBC was shown to be a powerful inhibitor of acne. As a skin disease, acne is characterized by excess sebum production and sebaceous gland inflammation. It turns out that CBC exhibited powerful anti-inflammatory properties and also suppressed excessive lipid production in the sebaceous glands. CBC also reduced levels of arachidonic acid (AA), which is needed to create the lipogenesis. More research is needed, but CBC might just one day become a very powerful anti-acne treatment.

In another amazing display of the entourage effect, CBC appears to work in conjunction with both THC and CBD to deliver a trifecta of antidepressant properties.

The therapeutic promise of CBC is important and requires more research to determine its power by itself as well as with other cannabinoids working together for an entourage effect. Cannabis patients today are limited in the products available to them, but hopefully as new studies emerge and cannabis laws loosen, new medicines with a diversity of cannabinoids will soon become an option.